subscribe to our newsletter!
Want to learn more about team building, experience design, or case studies on play at work?
Join our mailing list to receive our e-newsletter.

our whitepaper to find out

Guided by our custom smartphone app, your team will embark on a series of team-building challenges that call for communication, problem solving and creativity.

Your Game Producer kicks off the game, teams head out to the game zone to score points, take on challenges, and have a blast!

Players will be prompted to take photos and videos throughout their team-building adventure, which will be voted on in a live judging presentation at the end of the game!

The Go Game can enliven your conference of up to 50,000 attendees with customized team-building challenges designed to engage, educate and entertain.

Earn your team points by completing session trivia, interacting with booths and networking with peers in fun, head-to-head team-building challenges.

Hardware - The Go Game's first game was in 2001 on a dinosaur phone known as a Nextel. If the team behind the Game could figure that out, building a custom game for the latest smartphone or tablet is a breeze.

Custom Software – Custom Software – Nobody else in the biz has “smart routing”, delivering the best variety of challenges, preventing bottlenecking and deftly managing large team-building events of up to 10,000 players in cities across the globe.

Game Design – With over 100 years of collective game design and team-building experience, we've got more Game than the Parker Brothers! (And we’re smooth… like butter.)

Theatrical - Immersive street theater is the soul of The Go Game. Stilt walkers, check. Funk Musicians, sure. Flying monkeys... why not?!

Event Production - Need a fleet of limos to hit wine country? We’ll make it happen. A flash mob in Chaoyang Park? We’ve got something brewing. How about a flash mob inside a limo? Ok, now that’s crazy talk.

Boots on the Ground - With our army of game producers and game day staff, we can produce large and small team-building events with ease.

Charity - We value giving back to our community. From disaster preparedness games to fundraising races for public schools, we're always looking for new ways to Game for Good.

We can read the future! Actually, we can't, but we're guessing there's a lot of fun in yours! 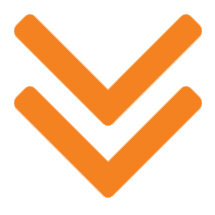